When man took the world apart, he ceased to understand

divine, as well as human, laws.

“If I had one hour to save the world I would

and only five minutes finding the solution.”

As demonstrated by Kilmann and Mitroff [13], Fig. 1, a Problem Management Process consists of five parts – analytical, solving of the revealed problems, implementation of the solutions and validation of the results. While there are at least 192 [12] recognized problem solving methods, very little is written on problem detection and definition. Thus, in many cases a wrong problem is solved. The linear cause-effect chains, based on FAST Diagram [4], [8], [9], provide only one direction of function propagation. This method fails to address the complete dynamic nature of the majority of systems, and especially non-linear systems. 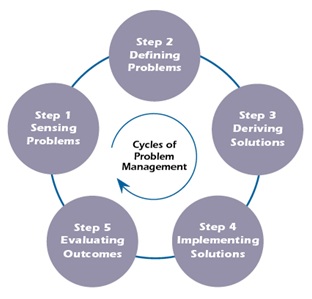 The vast majority of traditional problem definition methods are based on the separation of the individual pieces of what is being studied; in fact, the word "analysis" actually comes from the root meaning "to break into constituent parts". Thus, these methods, at least those offered in the form of an algorithm, are based on a linear view of the system in questions. I. e. the cause and effect dependencies are depicted as one directional vectors, without taking into consideration the ever-present feedback relationships.

Meanwhile, Ackoff [1], [2], and Meadows [3], teach that in most cases the cause of a problem lies within the system itself. Undoubtedly, external factors play a definitive role in problem formation, yet, it is the response of the system to the external triggers that causes a problem. Thus, in order to better understand the root cause of the problem we need to examine the feedback mechanism of the situation at hand.

In essence, there are four known ways to model a system and its interactions: 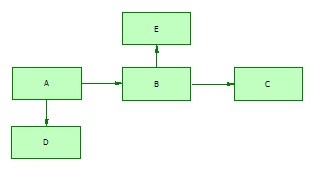 Fig. 3. A branched out cause-effect model, at times, depicting a contradiction. 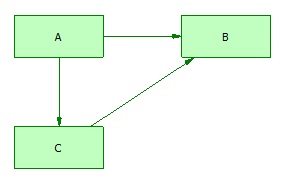 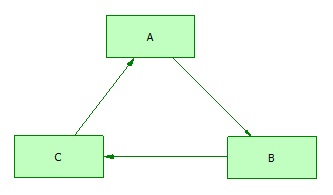 As can be seen from the above four models (The models were developed within IWB [14]), with the few exceptions, only the model in Fig. 5 provides the complete picture of the existing interactions within the system. A CLD illustrates the “cause-effect-cause” interaction between the elements of a system, and between a system and its environment. Thus, it communicates the dynamic behavior of the system under consideration. A Stock and Flow Diagram (SFD) shows how these relationships change over time. The understanding of the system functioning gained from SD model is especially useful when we are faced with a business or manufacturing process related issues. Here, we need to exercise heightened attention to every possible interaction within the system, as well as every interaction within supersystem(s).

In 1928 Ludwig von Bertalanffy [15] first wrote on what later became known as GST. In this and later works, von Bertalanffy laid the foundation for a science, which made an attempt at explaining what is the system and how it works. Since that time, scientists, philosophers and mathematicians have been working to construct an exact theory capable of unifying many branches of the scientific enterprise. The product of this effort – system theory – is deemed to provide a powerful framework for understanding both the natural and the artificial systems. The GST is fundamentally a holistic approach to systems study as opposed to Descartes’ reductionism.

In the 1960s, system dynamics method was pioneered by MIT Professor Jay W. Forrester [5], [6]. This concept was later popularized by Peter Senge [7] in his book, The Fifth Discipline. The book title refers to the discipline of systems thinking, which Senge says is a necessary component of “learning organizations” – organizations that can “learn” in order to continually enhance their own capabilities. System thinking focuses on how the thing being studied interacts with the other constituents of the system, which is a set of components that interact to generate certain behavior, of which it is a part. Therefore, system thinking enables a much better understanding of the big picture. This results in often strikingly different inferences than those generated by linear thought process. This is especially true when a system at issue is dynamic in nature and heavily depends on feedback from internal and external sources.   In a nutshell, system thinking takes linear cause-and-effect thinking to a higher level and encourages the user to see not just the linear causal connections but also the web of causal feedback interconnections that come into play in real life. These causal feedback interconnections are expressed as a Stock and Flow Diagrams (SFD) and a causal loop diagram (CLD). 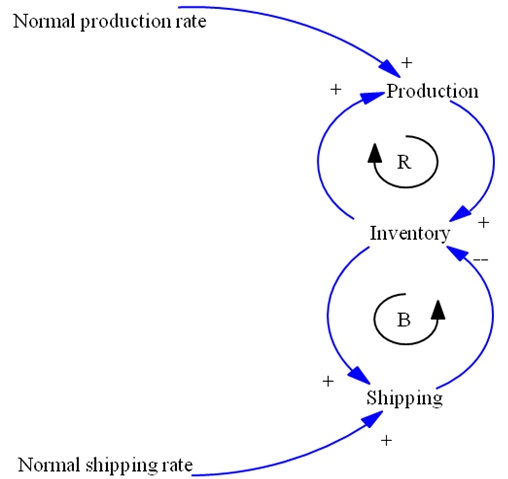 Fig. 5 illustrates an interaction between two manufacturing activities, Production and Shipping through an intermediary – Inventory. In this case, Inventory serves as a Stock for, obviously, the inventory level has to rise in order to support a certain level of shipping. It also shows “cause-effect-cause” relationships between Inventory and Production and Shipping. These relationships may also be depicted as a Stock and Flow Diagram as follows:

In any event, the management decision should be based on a reliable model. Of course, there are many other factors, which may steer a decision one way or another. That is why it is very important to spend sufficient efforts in developing a viable model. Whatever decision is made, the implementation will face a number of issues, which could be resolved by applying TRIZ problem solving tools. Managers must never forget an old adage – the best solution to a wrong problem leads to a deplorable result.

An example from recent history of China

One of the weirdest activities of Mao Zedong inspired “The Great Leap” was a war on birds, sparrows in particular.  In 1958 Mao Zedong declared sparrows an enemy of the state. Many millions of peasants, including children as young as 5 years old, were mobilized to participate in the war on sparrows for Mao Zedong decided that sparrows ate most of grain off the fields, thus causing famine. Thus, started the greatest in history war on Nature. Surely, hard working Chinese peasants succeeded. History books are filled with photographs of  happy government officials against background of sky high stacks of dead birds of many different species. The next year photographs showed a plague of locusts of biblical proportion. In the absence of their natural predators, grasshoppers reproduced to the point they covered the fields from one end of China to another. An estimated thirty million people perished in the ensuing famine and the resulting environmental and societal consequences.

Obviously, Mao Zedong and his government officials ceased, however mistakenly, on a perceived direct dependency:

They failed to cease on real dependency:

A “small” mistake in the model resulted in a decision with catastrophic consequences.

System Dynamics and the TRIZ Based Problem Solving Process

One of the outcomes of an SD model is a complete picture of the interactions within the system and its environment. In fact, it provides a way of realization of the principle 22 – Deriving Advantage from Disadvantage. TRIZ Master Gennady Ivanov [11] states: “What caused the problem must fix it”. And long time ago Shakespeare [10] declared – Within the cause there lies the cure.

At the present, the role of innovation in company’s ability to successfully compete in a marketplace could not be overemphasized. Yet, it is important to understand the overall company’s strategy and its needs. With this understanding, it would be much easier to target innovation activities in such a way that they result in more strategically beneficial innovations. A failure to validate the innovation outcomes invariably results in diminished commercial gains. For example, a project, I led for a textile equipment manufacturing company, resulted in a superior component of a package dyeing machine. As a system, this dyeing machine was outperforming any of the competition offerings. However, a failure to verify the impact of the new design throughout the entire plant material handling system resulted in a very limited reception of the new design. So, the local success led to a global failure. Once the issue was understood we made the necessary changes. However, we lost about 6 months of potential sales and the competition received a gift of time, allowing them to catch up, thus reducing potential profits. In another case we worked with one of the Big 3 automotive companies on the development of the side impact restraint for an automobile. Our suggestion to somehow modify the window mechanism was rejected by client’s engineer since the window mechanism belonged with a different group within design engineering department. Thus, an opportunity to resolve the issue with a minimum effort was lost. In both cases, the system thinking would enable a broader view, leading to consideration of a larger and larger number of interactions, therefore creating a much broader understanding of the big picture.